Who HASN’T been a fan of this iconic woman? Growing up, every household knew the name, Trish Stratus. Although I’ve been a fan for years, I never thought I’d be working hand-in-hand with this amazing woman. 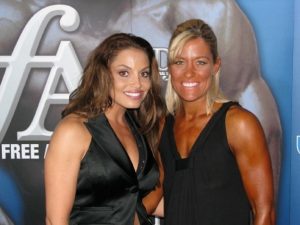 We first met in 2010 when she was at an appearance for a fitness show I was competing at (check out that show tan!). Fast forward 7 years, and in January 2017, we met again at a photoshoot that my husband Dave Laus did when Trish was 9 months pregnant. Making small talk, Trish and I compared stories from our backgrounds (my kickboxing and her wrestling), and I jokingly challenged her to a fight after she had had her baby. In our conversation, Trish had mentioned that she would love to do another photo shoot once she had her pre-baby body back.  Of course, I had to mention that I was a personal trainer and could help her make those dreams a reality. After her beautiful daughter, Madi was born, and Trish took family time, I got the phone call. Trish was ready to get her pre-baby body back and with a photoshoot one year post-baby in mind, we began her programming.

For Trish’s initial plan we started with my Fit and Fabu-Laus program and adapted it to Trish’s specific needs as we continued to work together. I had Trish start with a body-building split where each day focused on a different part of the body. Every week, Trish would come to our gym OTC Toronto, and I would take Trish through a day of her split, but we would also incorporate plyometric movements (higher intensity and more explosive). 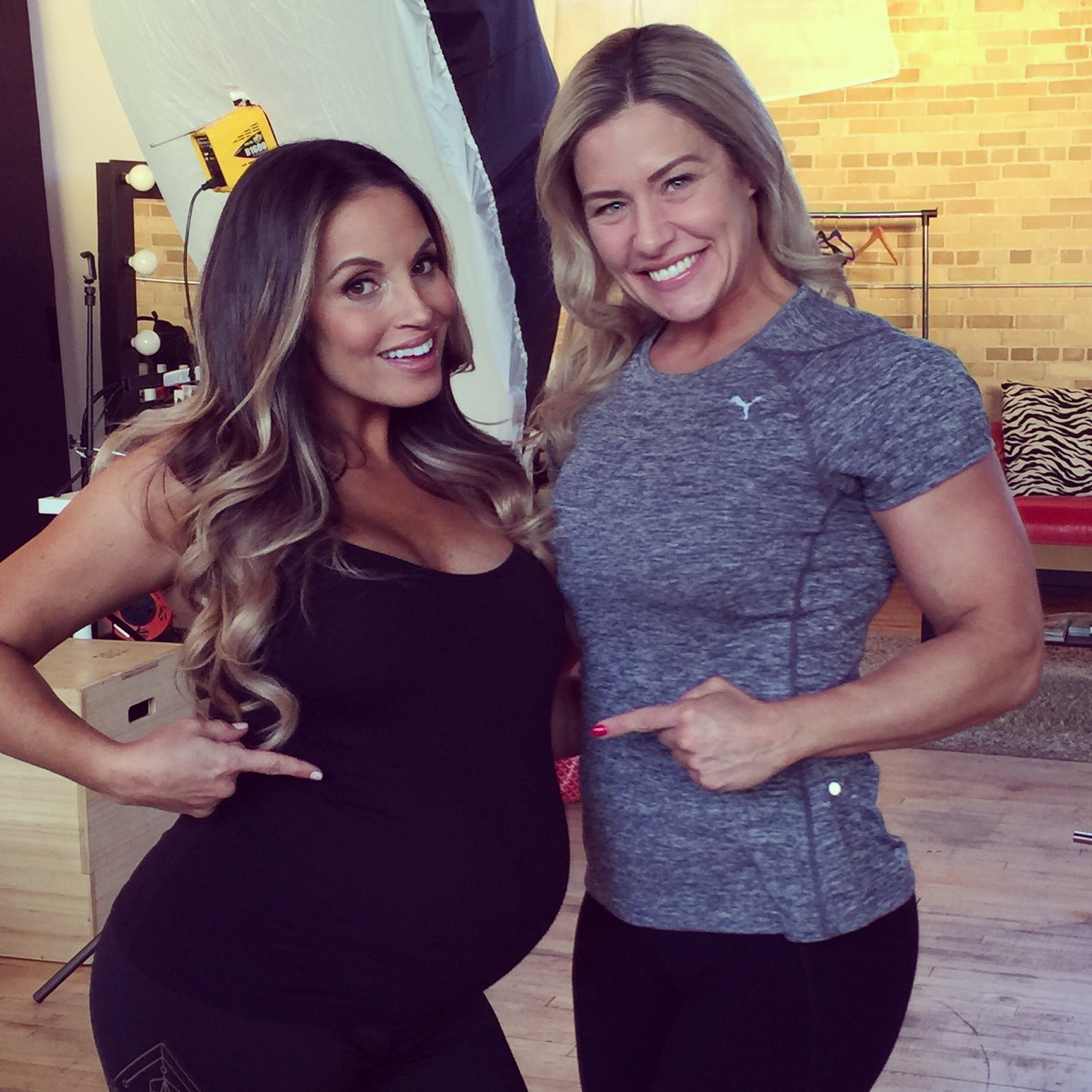 We had been working out for a couple of months when December 2017 rolled around. In December 2017, WWE announced the first ever Women’s Royal Rumble. When Trish was invited to participate, we knew it was time to ramp up the training. We had just under 2 months to go from photoshoot ready to Royal Rumble ready.

Now, you need to keep in mind, there is a HUGE difference between photoshoot ready, and returning-to-the-wrestling-ring ready. When you are preparing for photoshoots, it is all about aesthetics. But when you’re getting ready to return to the WWE for arguably one of the biggest moments in women’s wrestling, it’s all about combining looks with athletic ability.

Trish began visiting me at my gym, OTC Toronto, more frequently and we started including workouts that would better translate to her wrestling comeback – this is known as the Principle of Specificity. Meaning, as an event (competition, show, or the Royal Rumble) is approaching it is crucial that you tailor your workouts to be as similar to your event as possible. For Trish, this means that her training became all about performance. If you aren’t familiar with the WWE, wrestling is incredibly taxing on the body, and requires explosive strength and endurance. With this in mind, I programmed workouts for Trish that would keep her heart racing, train her fast-twitch muscle fibers (getting explosive), and build muscle.

Some of the exercises that we used were:

With all of these exercises, we had to make sure that our priority was explosive movements (with proper form of course) with minimal rest time. This was done to mimic the pace in the Royal Rumble. In addition to coaching (in person and online), Trish continued to incorporate yoga into her daily routine. This allowed her to prime her body for our sessions, but it also improved her balance, coordination, agility, and her flexibility (all things that are vital in the ring).

Trish is a prime example of how even when you get busy, your goals are achievable.